Are Electric Fireplaces Safer Than Space Heaters? What To Look For When Buying

NOTE: This page contains Amazon.com affiliate links that pay for this site but do not impact the price you pay (or our honest opinions). Learn More.

An electric fireplace imitates a woodfire that doesn’t need a venting, chimney, or other costly installation.

As it creates the flame’s effect without producing real flames, there is no risk of drapes and furniture set on fire.

The flames are made with LED lights. On the other hand, a space heater is a heating device for small spaces and can be powered by electricity or burnable fuel such as propane, gasoline, or diesel.

Generally, space heaters are less reliable than fireplaces. The National Fire Protection Association (NFPA) recently revealed in January 2018 that space heaters account for 43 percent of home-heating fires and 85% deaths. These figures are alarming. This is why manufacturers are incorporating a growing number of security features in these heaters.

These features lessen safety risks to a great extent, but the hazards of accidental injuries are not entirely eliminated. 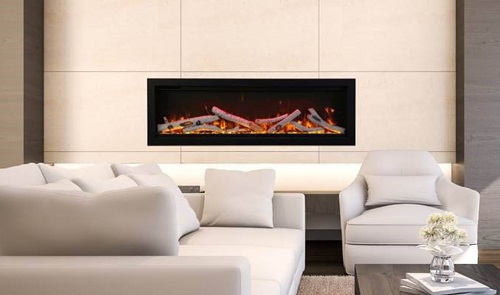 In this article, we’ll examine the safety aspects of both kinds of heating systems.

In comparison to space heaters, electric fireplaces are a safer choice. Let us see some reasons for this: 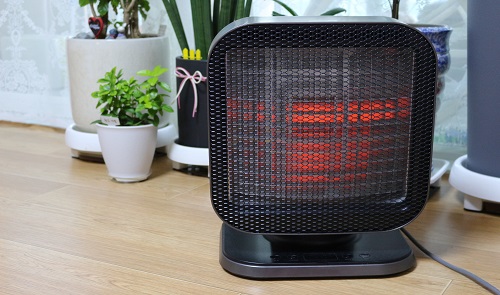 The safety of an electric fireplace can be improved if specific tips are followed and executed:

Leaving an Electric Fireplace On Overnight

As fireplaces are safe by default, there is no possible issue if they are kept running for the entire night.

Having said this, it will be more careful if you turn off the fireplace if you do not need to use it at night.

In case you wish to leave it running, it’s a good idea to set the thermostat to a comfortable temperature. This will ensure the system doesn’t become hot. 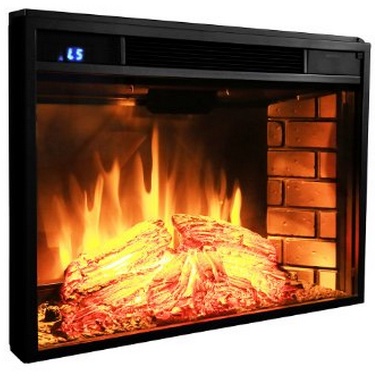 Electric Fireplaces are the safest heating apparatus due to their built-in features.

Some of the notable ones include an absence of vents, new real flames, and no emission of smoke or gases. This is. As it operates on electric current and no fuel is used, it’s free from the dangers of gases such as carbon monoxide.

Space heaters cause accidental fires and are unsafe. The producers are aware of the security risks and are integrating safety features to mitigate these dangers.

Regardless of how safe a device is, its safe operation depends on taking the appropriate measures suggested by experts.

There are no comments yet, add one below.

This site uses Akismet to reduce spam. Learn how your comment data is processed.

How to Install an Electric Fireplace in Your Wall
Learn More

Get Our Buyers Guide By Email

Welcome to my mobile-friendly buying guide for electric fireplace inserts. I hope it saves you time and hassle.Every fireplace insert on this site has earned at least a 4-star rating on popular online shopping and/or review sites.

I don't accept payment or merchandise in exchange for my reviews. They are written objectively and honestly.

That said, because I am compensated at all you should assume that I have an affiliate relationship and/or another material connection to the providers of goods and services mentioned on this website and may be compensated when you but something from them. Always do due diligence before buying anything online.

Amazon Disclosure
This site participates in the Amazon Services LLC Associates Program, an affiliate advertising program designed to provide a means for sites to earn advertising fees by advertising and linking to Amazon.com.

*Amazon and the Amazon logo are trademarks of Amazon.com, Inc, or its affiliates.

If you continue to use this site, then we assume you are OK with our use of cookies.Sounds GoodLearn More